The Fifth Nation-Wide “Earthquake and Safety” Drill in Iranian Kindergartens 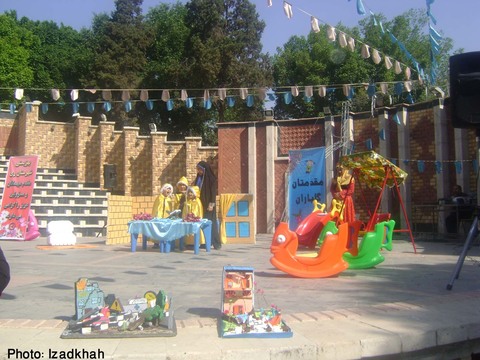 The following drill report was sent in by Edu4DRR member, Yasamin, Izadkhah and provides a synopsis of a drill that takes place yearly in Iran as part of earthquake safety measures:

The Fifth nation-wide “Earthquake and Safety” drill was held on May 8, 2013, with the cooperation of the International Institute of Earthquake Engineering and Seismology (IIEES), State Welfare Organization and the Municipality in Tehran. Accordingly, since May 2000, "Earthquake and Safety" drills are practiced in most kindergartens in the country annually. The drill is a symbolic movement towards expanding the safety culture in 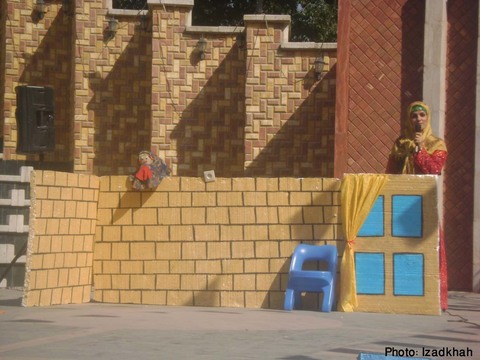 the society through children which was performed in three central parks (Ab-Atash, Besat and Laleh) in Tehran with a total number of 1350 children. Children walked from identified places in the park while singing the “Earthquake and Safety” song together. They carried boards which has got the safety messages on them while parading in the park.

Children also gathered in a particular area and started to perform special programmes such as earthquake and safety songs, competitions, participate in workshops, and performed role plays which was related to issues such as earthquake and safety as well as preparedness. Another form of indoor drill was also performed by children in Iranian kindergartens, which was guided by their teachers and parent representatives.

The main objectives of holding these “Earthquake and Safety” drills are to: 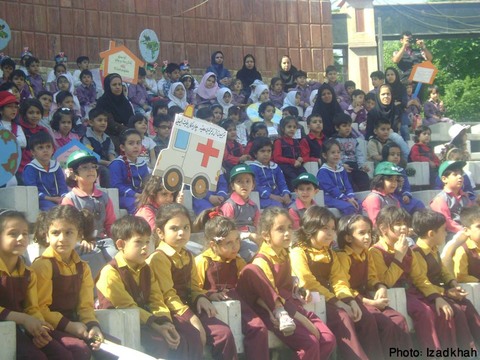 1)    Increase the knowledge of children and teachers about earthquakes;

2)    Develop preparedness for correct and quick performance during earthquake impacts;

3)    Reduce the disastrous consequences of earthquakes:

4)    Expand the culture of safety against earthquakes.

The Sendai Framework for Disaster Risk Reduction highlights children as among the most vulnerable groups who must be empowered to get ready for natural hazards and play a vital role in preventing and reducing risk.This child-friendly booklet is for kids who are 6-12 years old to generate Landslide awareness among children through animated characters...

The Sendai Framework for Disaster Risk Reduction highlights children as among the most vulnerable groups who must be empowered to get ready for natural hazards and play a vital role in preventing and reducing risk.This child-friendly booklet is for kids who are 6-12 years old to generate Storm Surge awareness among children through animated characters...

IntroductionClimate change is happening. Impacts are projected to become increasingly severe. Youth can be important agents of change in raising awareness and taking action.‘Y-Adapt’ or ‘Youth Adapt’ is an interactive, games-based curriculum. It educates, engages and inspires youth to act in their communities...

The reference guide is designed to support teachers and environmental educators to incorporate the key aspects of EbA into formal or non-formal education curriculum. It promotes awareness of the key role that ecosystems play for communities to adapt to climate change. This guide is designed to enable educators at the different education levels (primary,...

Learn about earthquakes and protect yourself

This is a poster for kids on earthquake protection measures, available in Greek and French.

The Impact of COVID-19 on children report

Save the Children has recently published a global study entitled: "Protect A Generation Report: The impact of COVID-19 on children". It is based on a global survey to understand the impact that COVID-19 has had on children and their…